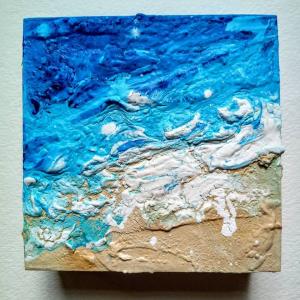 All the things I have been reading in the news these days, really has me worked up! Gropers, flashers, rapists, and all around bad behavior!!! Not just by men, but I am sure there are women out there that do it too. This isn’t just about women getting mistreated. Men experience the same!

So many women are coming out publicly with their stories. It’s kind of giving me flashbacks of the times it has happened in my life! Those kind of things have happened to me a lot!

My earliest memory, my first predator….I was probably 8 years old. I was walking through an empty lot, with tall grass, going to a friends house. I did it all the time. I always followed a well worn path through the long overgrown grass. On that particular day, there was a man laying in the grass, next to the path. His pants were down and he was openly fondling himself. I ran and never looked back. I don’t think I ever told anyone about that, but the memory has always been very vivid.

The next time that stands out in my mind...I think I was probably 17 or 18 years old. It was the gynecologist. My mom dropped me off for my appointment and would be back in an hour. I was in the most vulnerable position, as you all know. Feet in stirrups, speculum inside me. The doctor reached up, petted/stroked my pubic hair and made a lewd comment. I was stunned speechless! He then left the room, me still with feet in the air and speculum still inside. It felt like he left me laying there forever! I was frozen. He finally returned, finished the exam, and I left. My mom found me sitting on the front steps of the clinic. The minute she saw my face, she knew something wasn’t right. When I told her, she was outraged. She told me to tell my family doctor, who sent me there and demand something be done. I did. My family doctor didn’t even blink. He just referred me to another gynecologist. No shock, no “let’s report this”, nothing. It wasn’t until quite some time later that my mom was telling a physician friend about it. He was horrified and reported the incident to some medical governing body. Those people came to my home, took a statement, then….nothing. Never heard anything about it again.

Then there were all those years I spent working in lounges and nightclubs. Geeezuz, there were so many incidents!!! The more high end the establishment, the worse the behavior! I was grabbed by the “pussy”, breasts, ….all of my parts, too many times to count. By car salesmen, teachers, an off duty RCMP officer (ya YOU, Dirty Harry!), rig workers, men from all walks of life. Many times, while ordering drinks at the bar, a particular manager would regularly come up behind me, put his hands on my hips and would grind his semi hard dick into my ass. When I finally threatened to smash him in the face with a beer bottle, he stopped. BUT he wrote me up for drinking at work. Luckily, when I was questioned about it by the owners wife, she tore up the drinking reprimand and he was sent to another nightclub to do it to someone else. But that was it.

I’m living in Mexico now. Not even walking down the street or taking a bus is safe. I’ve been flashed in residential neighborhoods in broad daylight. I have been felt up and rubbed against on the bus. Both incidents were while I was in the middle of cancer treatment! I was bald and funny looking. I was in my 40’s. I was wearing 3 layers of clothing...so I wasn’t “asking for it” in slutty clothes. Each and every time, I am always shocked into silence. Frozen. My Mexican friends respond with, “oh ya, that happens all the time”, “he wanted to give the gringa a thrill”, “oops, sorry, I should have warned you”.

Ug! There are a million stories! The really sad thing is….I never felt that I could report it. The occasional time I would complain about sexual harassment by a customer, it was never taken seriously. I would hear, “he spends a lot of money here”, “why are you so sensitive?”, “what happened to you to make you so sensitive?”, “let someone else serve that table”. The bullshit went on and on. It wasn’t just the men that blew off my complaints. It was female co workers as well!! There wasn’t much “sister” support. It was more like, “get used to it”, “it’s the job”, “go work somewhere else”, bla bla bla. It’s all bullshit! When I would see a young, new waitress coming in, I would think, “these guys are going to eat her alive”. I always stood up for them! I always protected them! I always believed them!

No wonder women don’t report!!! We become the “problem”! We are too sensitive. We over react. We are unreasonable. It makes my blood boil! Why do some men (some, not all), think that kind of behavior is acceptable?!

There are a lot of great men out there, that would never in a million years, ever do things like this! There are also men out there that get sexually harassed. If it’s almost impossible to be taken seriously as a woman reporting sexual harassment, I can’t even image how a man must feel when it happens to them!! If our bosses, managers, and FEMALE co workers won’t stand up for victims, why would we ever expect to be taken seriously by police?! Then it would come down to how I was dressed, or was I drinking, or was I too nice to that guy, or just quit your job and do something else.

I think speaking out about our experiences is the start to making changes. I think men need to start raising their sons differently. I think it all needs to be out in the open. I think laws need to be changed. Will it happen in my lifetime?
I hope.
I pray.
I stand up for those who speak out!
#metoo